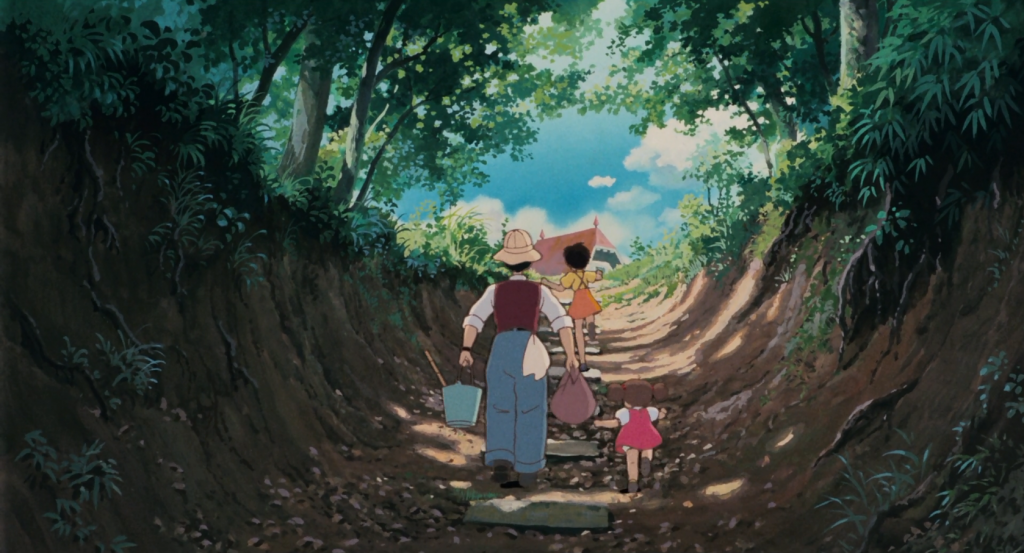 Hayao Miyazaki’s My Neighbor Totoro is a film inextricably linked with my childhood. My first memory of seeing it is as a five-year-old, though I’ve been told I was even younger on my first viewing. The version I watched as a child was the old American dub made by 20th Century Fox, which doesn’t entirely hold up today, but has its own charms and worked well enough for me as a kid. I saw the film repeatedly, and the film’s main theme got stuck in my head. Whenever I’d see the little plants in my mother’s garden, I’d imagine Totoro was dancing around them in the night, allowing them to sprout like he did in the film (and yes, I did that silly dance too, thinking that it worked). But perhaps my fondest memory is when I realized that one of the main characters, Satsuki, was in fact just a short-haired girl and not a boy like I had originally thought. I was a stupid kid. And I’d never take it back.

There’s a reason why My Neighbor Totoro has transcended its own origins and become one of the definitive classics of animation and family films, crossing the boundaries of generations and languages worldwide. And yet, seeing the film now as an adult, My Neighbor Totoro is a much more rewarding experience than it has any right to be. It retains adorable characters, a sweet-natured innocence, warmth, and an uncanny ability to make me smile. What holds it all together, however, is a deep melancholy that bubbles underneath the surface. It’s easy to see why this is one of Studio Ghibli’s most beloved  films, and why it’s one of the best children’s stories of all time.