Are Dogs Compared to Each Other?

Just as a painter spends time working on a brush stroke or a musician strives to play a perfect chord, a dog show judge also has a skill to perfect: measuring a dog up to its particular breed standard. A common point of confusion for the uninitiated is that each dog is judged on how he or she compares to the breed’s standard and not how the dog compares directly to the others in the ring. For example, when a judge is looking at the Hound Group, he or she is not directly comparing the Greyhound to the Afghan Hound. The comparison is really the Greyhound to the Greyhound breed standard and the Afghan to the Afghan breed standard. A winner should exemplify his or her standard more than the other dogs represent theirs.

To become an AKC-licensed judge, an individual must complete a number of educational requirements (exams, seminars, being a mentee), along with having years of experience showing as a handler. Since becoming a judge is not an easy task (try some of their practice exams here), it takes a dedicated person, with an insatiable appetite for knowledge and a love of the sport to make the cut. 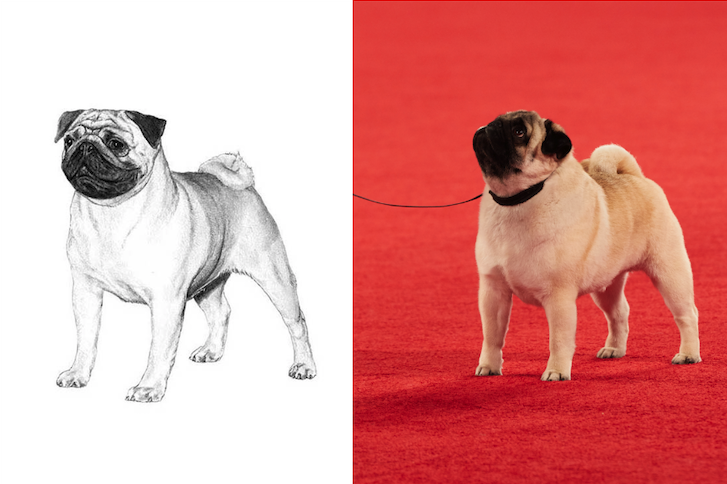 But just because a judge becomes licensed, doesn’t mean the schooling stops. Knowing the breed standards front to back is one thing, but controlling a ring, providing clarity in decision-making to the competitors, and keeping all of your decisions straight in your mind is quite another.

“We can all judge outside the ring,” Hoke says, “but once you step in the ring, it’s a different story. When you’re outside you can focus on one dog you like, but as a judge you have two minutes to make your decision.”

And brushing up on your knowledge ahead of a competition is essential.

“Every judge worth their salt does a review of breed standards before a judging assignment,” Lyne says. “I always remind myself of the disqualifications applicable to breeds I will be judging that day.” 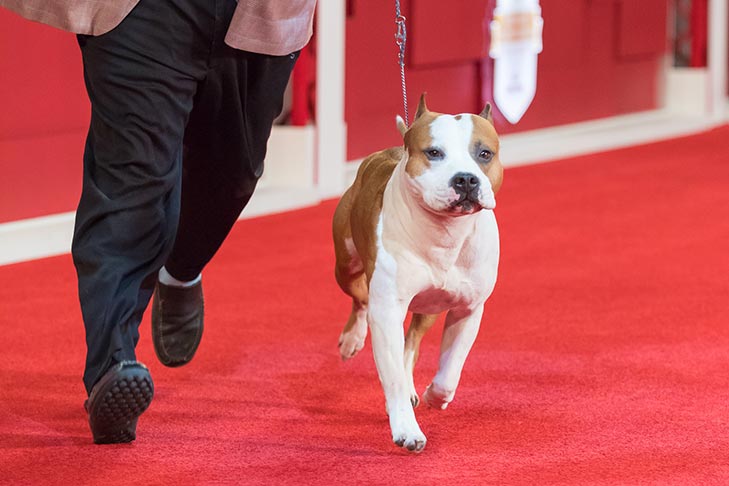 Great dogs can easily stand out to judges, but what happens when your ring is full of exceptional canines? Seasoned judges make sure to evaluate everything that is presented to them in the ring. However experienced a judge may be, the judging process is not automated; they are still human.

“I wish exhibitors would realize that judges, by and large, want to judge to the best of their ability, to find the right dog, and never, never miss a great one,” says Virginia Lyne, an all-breed judge. “I think people are inclined to look for explanations totally removed from the real process of evaluating breeding stock — thoughts about who likes who, who was wearing the judge’s favorite color — the list goes on and on.”

It can be hard for the public to understand that dogs are not necessarily being judged against each other, but individually as dogs that can carry on the best of their breed’s characteristics to the next generation. A judge’s thought process can easily be related to his or her own breeding programs.

“I always have to ask myself: which one would I use in a breeding program?” explains Elliott B. Weiss, who first entered the ring as a judge in the early ’90s after being a successful professional handler for many years. His judging résumé now includes multiple Westminsters. 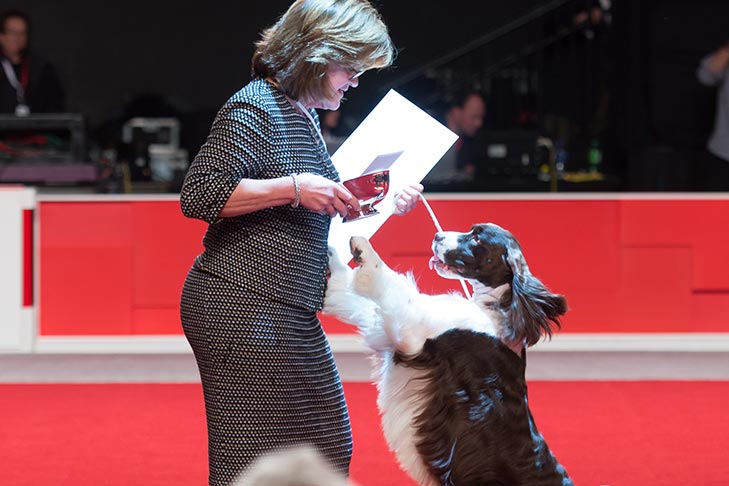 More Than a Beauty Contest

To the untrained eye, a conformation dog show can seem like a beauty pageant. However, purebred enthusiasts would be quick to tell you there’s more to it. At its simplest form, a dog show is a place to have dogs evaluated for breeding programs. The decisions judges make in the ring affect how handlers present their dogs and the decisions breeders make when planning the next generations of their breed.

Each breed was bred for a certain reason—many toy breeds were bred to be lap dogs, while hounds were bred to help humans hunt wild game, and these particular functions formed each breed’s standard—a blueprint for how the breed should look and act. In the show ring, a judge evaluates dogs based on how well they fit their standard.

“While judging is about beauty, it is about beauty defined within a breed and about how a breed became what they are and how they look to the judge on that day,” Hoke says. “There’s a lot of history involved about why certain beauty exists in each breed. History dictates what a breed is, and what it looks like.”

Hoke meshed form and function of certain breeds together after experiencing many international judging appointments and exploring various geographic regions.

“I’ve judged overseas, and it’s nice, because you get to see the breeds in their countries of origin,” he says. “When they say ‘high mountainous terrain,’ you see what that terrain is and why (the breeds) were built that way.”

However, a good judge will not only see a dog’s appearance, but his or her breed personality, as well. A dog that displays a breed’s true temperament can help him or her stand out in a sea of great dogs, especially at larger shows.