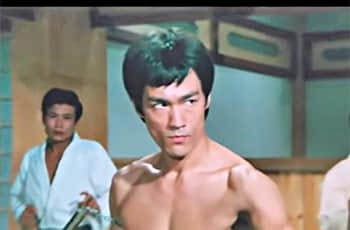 Aside of mysterious dragons and colourful lampions, one of the first things that comes to people’s minds at the mentioning of China is most certainly Kung Fu. This is because from the 1970s onwards, an unprecedented tide of cinematic works featuring stars such as Bruce Lee, Jackie Chan and Jet Lee celebrated the practice, which led its popularity to intensify beyond Chinese borders. Big Boss (1971), Fist of Fury (1972), The Way of the Dragon (1972) and The Thirty Six Chambers of Shaolin (1978) are few of the many breakthrough movies that provided a platform for Kung Fu to reach international audiences. Ever since, the praxis of Kung Fu has become a passion shared by millions of its practitioners around the globe.

Unlike many of other Eastern Asian martial arts, Kung Fu is not a martial art with a single codified tradition. Instead, Kung Fu is an umbrella term which refers to the various, often very distinctive martial art schools and styles that originated in the country today known as China, but yet, are similar in the movement they adopt, because of its emblematic circular, fluid and continuous motion, infinite and in suspense, that attempts to emulate the grace and power of animals in action. Offering the most diverse set of martial art practices as well as a towering number of schools around the world, the philosophy which underlies Kung Fu is multi-layered and complex, the depth of which is only rarely fully grasped by the Western and even Chinese publics. 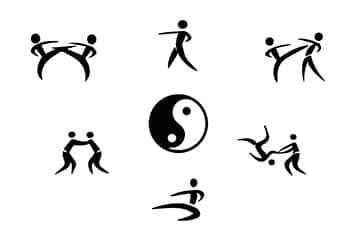 That Kung Fu plays a prominent role in shaping the spiritual beliefs, identities and every day lives of the Chinese is indisputable; but developing comprehensive understanding of its significance requires a contextualization of the practice within the different shifts and occurrences which, over time, came to sculpt China’s cultural landscape. As such, Kung Fu cannot be disentangled from the range of historical, philosophical and religious forces that the practice sought to either personify or rebel against. Through its different styles and teachings, Kung Fu aims to crystalize the ideals, principles and even traumas of a culture which bears the weight of a spectacular five thousand years.

The Historical Origins of Kung Fu

Kung Fu’s roots can be traced deep into the past, so deep that its very contours are barely hinted at in myth, legends and available historiography. Perhaps, only one thing can be said with certainty: that Kung Fu is as ancient as China itself.

Literature indicates that in those early days, aside of specific techniques that may have originated as part of hunting efforts and rudimentary hand to hand self-defence techniques, combat systems were likely developed for military training purposes, but were not solely exclusive to warriors, as some military martial art elements, like archery and charioteering, were included in the six arts of ancient China. The first recorded mention of Kung Fu -albeit somewhat fragmented- can be found in the Spring and Autumn Annals of the State of Lu which were written up during the reign of the Zhou dynasty. Read more on The History of Kung Fu. 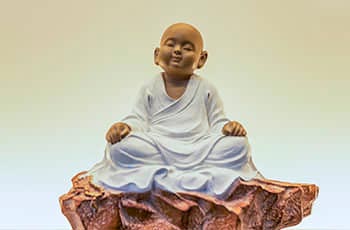 But it was the embrace of Taoism that saw the practice of Kung Fu spread among the general population, even though as a result of the Shaolin monastery’s fame and influence, and its contribution to Kung Fu theory and practice, Buddhism, and particularly Zen Buddhism, came to be closely linked with the image of Kung Fu, and even more so in the rest of the world. The spirituality of Tao, with its teachings of patience, simplicity, fluidness, naturalness and humility, found a perfect companion in the tamed body of Kung Fu practice. Thus, the Taoist concept of Qi, which refers to the air and vitality flow through the body -a type of energy that generates life itself-, became integral and inseparable from the underlying philosophy of Kung Fu.

Among the many accepted classifications of Kung Fu styles, the Shaolin and Wudang classifications are arguably the most important as they philosophically diverge from the Kung Fu tradition, through the conceptual distinction between the two different -external and internal- expressions of personal force, namely Li and Neijing, as well as their differing scholarly emphasis. 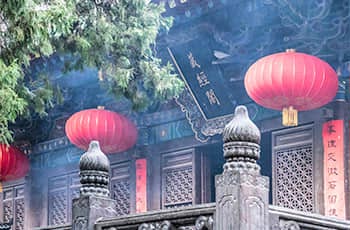 On the one hand, Li stands for the external expression of personal force, which is achieved by means of a corporeal development of movement and strength, in a praxis that involves the precise manoeuvring of muscles as well as the algorithmic timing and execution of bodily moves. The Shaolin classification, which focuses on Li, draws its name from the Shaolin Monastery, which is perhaps the most important institution in the Kung Fu world. In that regard, the old adage “all martial arts under heaven originated from Shaolin” speaks for itself.